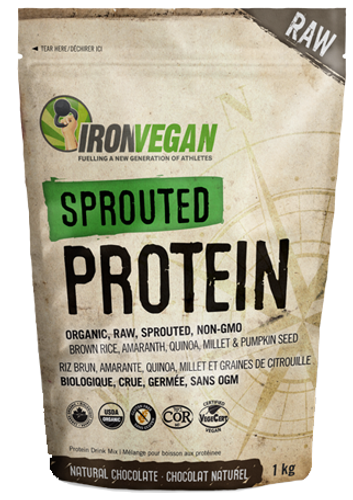 Each serving of Iron Vegan Sprouted Protein contains 17 grams of raw, plant-based protein derived from 5 organic Non-GMO sprouted grains and seeds. It also provides a complete profile of essential (all 9) and non-essential amino acids. It begins with organic sprouted whole grain brown rice. Unlike white rice, the protein from brown rice is enzymatically extracted (without the use of chemical solvents) from multiple layers of whole grain including the bran, germ and endosperm. Next is the addition of raw organic sprouted quinoa, amaranth, millet and pumpkin seed. Each of these organic sprouts is germinated at room temperature, allowing them to retain nutrients that would otherwise be compromised during cooking. Last but not least is a combination of organic flavours and sweeteners that help to give Sprouted Protein its remarkable taste. 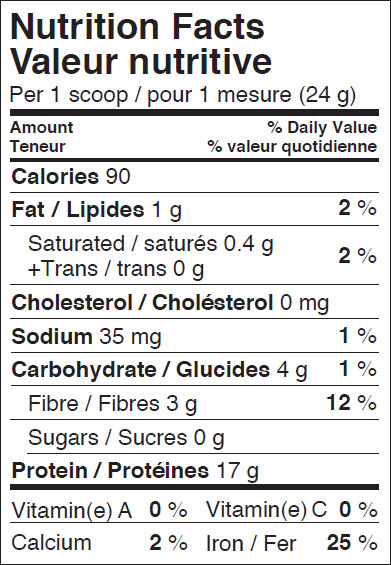